Adam (AS) -History of First Human 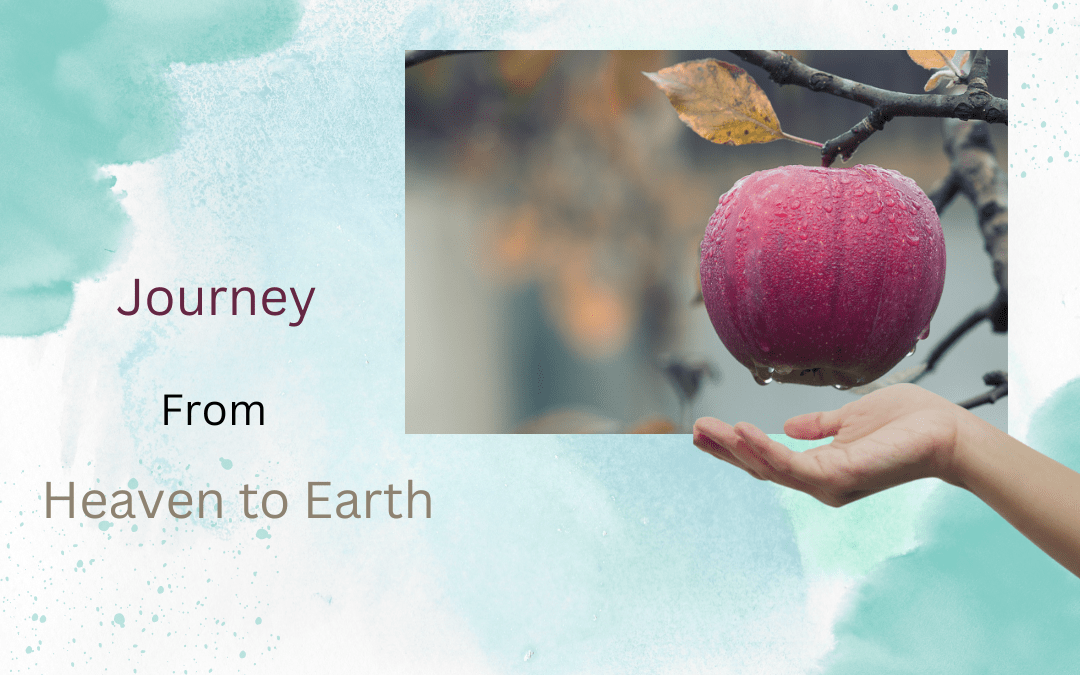 In the concept of Islam, Adam (AS) is the first-ever human and prophet created by Allah Almighty and sent on earth. Allah created Him from clay and gave Him the status of superiority over all creation. And we are all His children. Since the Almighty God created Adam (AS) with his own hands, the theory of evolution from monkeys to humans is an entirely wrong idea. Let’s know the history of the first-ever human and prophet Hazrat Adam (AS).

Almighty Allah first created His Throne. Then He made water and then the pen. In this way, He gradually created the Angels and Jinns for His worship. He is such an entity who can do whatever He wants. This is how He made all the universes. Once upon a time, He expressed His desire to send the human being to the earth with His angels. According to the Qur’an, that conversation was as follows:

“And remember when your Lord said to the angels: verily, I will place mankind generations after generations on earth.

Then they (angels) expressed: Will You place those who will make mischief therein and shed blood while we glorify You with praise and thanks and sanctify You?

Then He (Almighty) said: I know that which you do not know.”

This is how Almighty Allah created the first human Adam (A.S.) and breathed into him life.

Almighty Allah created Adam (AS) and breathed life into Him. Then Allah SWT taught Him some knowledge. When He asked the angels about that knowledge, the angels were reluctant to reveal it. Then, when He asked Adam (AS) to say it, He was able to tell Him everything. The great Lord then expressed His pleasure before the angels. He ordered the angels to prostrate to Adam (AS). All the angels then prostrated to Him. Since Iblis was present there among the Jinns, that order was imposed on him as well. But Jinn Iblis objected to Adam’s (AS) prostration due to his pride. As a result, Iblis was cursed forever. This is how Almighty Allah gave Adam (AS), who was made of clay, the status of superiority over all creation. History has come in the Qur’an as follows:

“ And He (Allah) taught Adam all the names (of everything). Then He showed them to the angels and said: tell Me the names of these if you are truthful” -Al Baqarah: 31

“ They (angels) said: Glory be to You, we have no knowledge except what you have taught us. Verily, it is You, the All-Knower, the All-Wise.”  Al-Baqarah: 32

“ And when I said to the angels: Prostrate yourselves before Adam; Then they prostrated all except Iblis. He refused and was proud and was one of the disbelievers.” – Al-Baqarah: 34

After these formalities, Almighty Allah sent Adam (AS) to Paradise. There He was surrounded by all kinds of happiness and wealth but suffered from loneliness. The Merciful Allah was aware of His suffering. Therefore, He created Eve (Hawa) (AS) as the companion and wife of Adam (AS). There they continued to live happily with pleasure and delight ever after. Allah Ta’ala gave them all kinds of freedom in paradise. But He forbade a particular tree (flower, fruit, shade, or contact of that tree) for them altogether.

“ And I said: O Adam! Dwell you and your wife in the Paradise and eat both of you freely with pleasure and delight of things therein as wherever you will. But come not near this tree or you both will be of the Zalimun (wrong-doers).” – Al-Baqarah: 35

After Iblis was cursed, he vowed that he would lead astray all the humans sent by Allah Ta’ala from the beginning to the end of the world.

“ (Iblis) said: Because You have sent me astray, surely I will sit in wait against them (human beings) on Your straight Path.” – Al-Araf: 16

According to that promise, he continued to give bad advice to both Adam and Eve (AS) in Paradise in various ways. As means of deception, Satan began to appear before them in the guise of their well-wisher.

Finally, he was able to lead mother Hawa (Eve) (AS) to do wrong. Under the instigation of Shaytaan Iblish, mother Eve (AS) ate part of the fruit of the forbidden tree Herself and fed the rest to father Adam (AS). Because they completely forgot the promise to their Lord about the prohibition.

“ And indeed We already covenanted with Adam earlier, yet he forgot and We found not in him determination.” –  At-Ta Ha: 115

After eating the fruit from that prohibited tree, the heavenly veil of glory continued to be removed from both of their bodies. As a result, He (Adam) discovered that both He and His wife were exposed to their hidden shame. So, they started covering themselves with the leaves of nearby trees to hide their shame. According to the Holy Qur’an-

“ So, he (Satan) misled them with deception. Then when they tasted of the tree, that which was hidden from them of their shame became manifest to them and they began to stick together the leaves of Paradise over themselves.” – Al-Araf: 22

Almighty Allah then reminded them about the prohibition and enmity of Satan (Iblis).

“ And their Lord called out to them (saying): Did I not forbid you that tree and tell you: Verily, Satan is an open enemy unto you?” – Al-Araf: 22

They realized that they had disobeyed the prohibition of the Creator. They repented for their mistakes. Adam (A.S.) was very ashamed and started looking for a way to repent and seek forgiveness. The Merciful Allah then taught them the words of forgiveness:

“ They said: Our Lord! We have wronged ourselves. If you forgive us not and bestow not upon us Your mercy, we shall certainly be of the losers.” – Al-Araf: 23

After that, the Merciful Almighty pardoned them. But as a result of this disobedience, He ordered all of them to get down from Paradise to earth for a fixed period of existence.

“ Allah said: Get down, one of you an enemy to the other (Human and Satan). On earth will be a dwelling place for you and an enjoyment for a time.” – Al-Araf: 24

After being expelled from Paradise, they came to earth. According to the Hadith, the day of their arrival in the world was Friday. After descending from Paradise to Earth, Adam (A.S.) stayed on Saran Island in the Indian region. But the details of His life are not available there. Hawa (AS) is said to have descended on the Arafat region. After a long time, when father Adam (AS) found the first built house in the world, Kaaba, Allah ordered Him to visit that. There, He was able to find His wife Hawa (AS). They both reunited and started living their life together.

Almighty Allah taught Adam (AS) a variety of knowledge for existing in the world. For example, knowledge of growing crops, cultivating lands, living with nature, managing the family, bearing and rearing children, marriage customs, etc. It has been said in history that during His long life He had visited Kaaba forty times and performed Hajj there.

From the narrations in the Qur’an and Hadith, we can clearly understand that Adam and Hawa (A.S.) did not get any children in their heavenly life. They got their children after coming into the world. It is mentioned in the hadith that Adam (A.S.) did not have intercourse with His wife in Paradise. After coming to earth Jibraeel (A.S.) came with command of intercourse from Allah and taught the method. (Al-Bidayah One-Nihaya: 1/198)

And by following that method, they had sex between them and got their first-ever taste of childbearing. Regarding the pregnancy of Hawa (a.s.), Qur’an states:

” When he (Adam) had sex with her (Eve), she became pregnant and she carried it about lightly. Then when it became heavy, they both invoked Allah, their Lord: If You give us a Salih (good in every aspect) child, we shall indeed be among the grateful.” (Surah Araf, verse 189)

The Qur’an and Hadith did not specify how many children Adam and Eve (AS) had. However, there are two popular views on this matter. The first opinion is of Imam Abu Jafar (R.). According to him:

In the second opinion, according to some historians: ‘ Hawa (a.s.) conceived 120 times and gave birth to two children (a boy and a girl) each time. Historians claim that during the lifetime of Adam (a.s.), the number of his children and family members increased to four lakhs.’ (Mujajut-Tarikhil Islami: 2/13)

Although Adam (A.S.) had many children, only three (Habil, QabIl, and Shis) of them are mentioned in the Qur’an and Hadith. Among the children of Adam (AS), Shis (AS) was the successor of Prophethood and religious leadership. According to historians, ‘He was the first to build the Kaaba and Allah gave Him 50 sahifahs (divine books).’ (Kanjuddurar Wa Jamiul Gurar)

The First Murder in Human History

The story comes in the Quran as:

“ And recite to them the story of two sons of Adam ( Habil and Qabil) in truth. When each offered a sacrifice (to Allah), He accepted from one, not from the other. The latter said to the former: I will surely kill you. The former said: verily, Allah accepts only from those who are Al-Muttaqun (the pious).”  -Al-Maidah: 27

“ So, the Nafs (self) of the other (latter one) encouraged him and made fair-seeming to him the murder of his brother. Therefore, he murdered him and became one of the losers.” – Al-Maidah: 30

Death of Adam And Hawa (AS)

According to the commentary of the famous Islamic scholar Ibn Kasir (R.), the first human Adam (AS) died on a Friday. After his death, angels appeared with heavenly clothes and perfumes. They completed His shroud, offered the funeral prayer, and completed the burial. Then they said, O children of Adam, this is the rule for your burial.

However, there is a difference of opinion as to where Adam (AS) was buried. The famous three views are – a. The hill in India where he was brought down, b. Abu Qubays in the Jabal of Makkah, c. Baitul Muqaddas. In a narration of Abdullah Ibn Abbas (R.A.), Adam (A.S.) was a thousand years old at the time of his death. According to some historians, He was 930 years old at the time of His death. One year after the death of Adam (A.S.), Hawa (A.S.) passed away.     (Al-Bidayah One-Nihaya: 1/126-129)

Biography of Prophet Yusuf (AS)